Thank you all so much for your contributions to my blog! I look forward to what happens with this small blue thing in the future. 🙂

The WordPress.com stats helper monkeys prepared a 2014 annual report for this blog.

A San Francisco cable car holds 60 people. This blog was viewed about 1,800 times in 2014. If it were a cable car, it would take about 30 trips to carry that many people.

Those were the three words that The Brainstormer gave me that sparked this story.  The Brainstormer is a fabulous little app created by Andrew Bosley, a free-lance artist that I know from church (he’s really amazing, make sure you check out his stuff!)  The pinwheel app gives you three random words or phrases: an object or person, an adjective, and a conflict idea.  It’s meant to be a way to get you, well, brainstorming, and I can testify that it works magically.  There are endless possibilities.

Why this particular combination struck me I can’t be sure.  Maybe it’s because I saw it soon after I had just gone to my family reunion.  Maybe it was the word “titan,” which has always been a favorite word of mine.  Whatever it was that made me choose to use this as a prompt, the result was interesting.  I tried to pretend I was a war-torn titan at a family reunion.  What would that be like?  Would it be a relief and a joy to be home, or maybe more stressful than comforting?  And then somehow some romance crept in there.  Sometimes it amazes me what leaks into my writing.  “Where did I even get this?”  I wonder. This piece is a perfect example, since I’m no titan, I’ve never been in a war, and I’m not super knowledgable about romance either.  That’s the beauty of creativity, though.  We don’t have to experience every situation to try and find a way to understand it.

The title of this piece so far is The Reunion.  I hope you enjoy it, and make sure to listen to the song I posted at the bottom, it’s awesome and I thought it fit nicely with everything.

People came at him from all sides, reaching out to him and staring him down with wide eyes.  He stepped back, but the door had already closed behind him; he was not fast enough to grab the handle before the first pair of arms wrapped around him.

“Welcome home!”  The woman smelled of fresh-baked cookies and other noxious sweets, and he tried to recoil but found he had nowhere to go: he stumbled straight into another claustrophobic embrace.

“My, would you look at that scar!  However did that happen?”

“Oh don’t talk about that now dear, he’s only just gotten back…”

“It’s such a blessing that you could make it back in time for the reunion!”

“My son just thinks you’re such the hero…”

“How are you feeling?  We were worried about you after…”

Suddenly a hand found his, and he would have pulled away, except that his hand remembered that hand.  The fingers laced between his familiarly, and something warm and lovely ran up the length of his arm and spread through his whole body.  The twittering old women faded away as he turned and met eyes with her, his anchor in the sea of uneasiness.

“You all right?”  She asked him, her big brown eyes soft and comforting.  She was the only face he had ever wanted to see when he was gone, and now that he was back, her face was the only one that didn’t make him feel unsafe.

“Sure,” he replied as she carefully steered him around the little blobs of inconsequential relatives.

“It’s a lot all at once, I know,” she said, and suddenly he felt a pang of guilt.  These were his relatives, after all, not hers; it should have been him who was leading her around the hall.

“No, it’s fine,” he lied, squeezing her hand and ordering his lips to smile.  One side obeyed, but only very weakly, and he silently cursed it as it fell back to it’s usual limp state.

“We don’t have to stay the whole time,” she said softly, pulling out a chair for herself and sitting down.  He sat next to her, still holding her hand.  He was trying not to grip it so tightly, but it was hard.  She was his lifeline, but he couldn’t hold on to her the same way he did to real lifelines, he told his hand.  This wasn’t the ocean.  This wasn’t a battle of that kind.

“Whenever you want to leave, just let me know,” she continued.  He looked around the room— countless faces, some strangely familiar, some just strange.  Then he looked back at her.

“I don’t want to leave,” he said finally.  He felt his heart jump even as he spoke; he, the war hero who had faced droves of armed men without flinching, could feel his blood begin to chill at the thought of staying in that room with all those people.  “I can’t.  I already left all this once…  should at least try not to walk out on them again.”

She leaned over and kissed him.

“You’re the bravest man I know,” she whispered, smiling at him warmly.  He smiled back at her, and even though it was still a small smile, it was a real smile this time.  The fear wasn’t gone, but it was smaller now, as if she had taken some of it away when her lips left his.  He looked over the crowd again and felt a calmness settle over him.  He could do this.  Or, if he couldn’t, they could.  Together.

Is an introduction necessary at this point?  You guys know what’s going on.  I trust you.

Out of the brush stepped two birds, although they only qualified as birds because they could not fit in any other category.  Their heads were leathery and almost reptilian, with small, almond-shaped eyes the color of garnets.  Each of the strange fowls had a beak of a dark sea-green color on the front of their heads, and a patch of short, fuzzy black feathers on the back, like a bad toupee.  Their necks were thin at the top, perfectly fitting for their tiny skulls, but as they traveled down they suddenly bulged out into a large, melon-shaped body.  The feathers on the rotund mid-section were bright blue and white vertical stripes, until you came towards the tail feathers, which were black with white speckles.  Where the wings began was impossible to tell, as they lay perfectly flush with the rest of the body and blended in with the dizzying colors.  They were Vulturine Guinea Fowls, and to this day I can’t decide if I think they’re ugly or not.

My apologies for being MIA recently.  I’m going to get back on the ball here pretty soon; I have a couple more drafts I plan to publish in a week or so.  ¡Hasta luego!

Just look at it!

Kind of a strange cover, ya? Not sure who did it. There was no credit given inside the magazine.

What is it, you ask?  It’s The Lyricist, the literary magazine of my school!

Why am I posting a picture of the cover?  Because!  Look what’s inside!

Yup!  My name!  In a table of contents!  Mission accomplished.

If you want to read “Kristy” or “The Music“, never fear, just click on those names.  I have skillfully linked them to previous posts where I posted the poems.  So ya.  Happy Friday!  Maybe I’ll make a real post sometime soon, or something.

Quote of the Month

"What's comin' will come and we'll meet it when it does."
~Hagrid from Harry Potter

Other Blogs That Deserve Your Attention 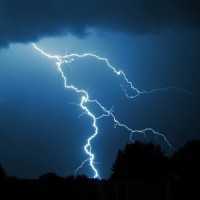 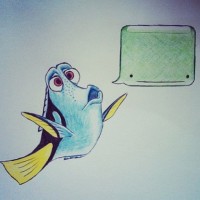 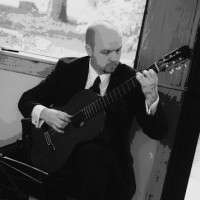 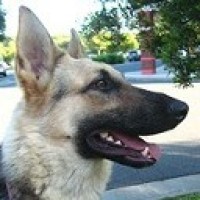 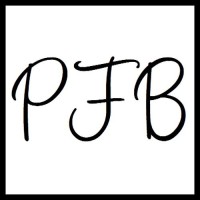 For my words are quick and sharp like lightning

Words of a Would be Hermit

The Space Between
Beg, Borrow, and Steal

My first years as a music teacher.

From Musical Mayhem to Mastery...

a little piece of corrine

The Life and Times of an Exceptionally Tall Mormon
The Weed

A project in learning how to push through the pain of disappointments and trials -- and finding happiness along the way.

Musings on a Theme

In My Music Class

"We all know fear. But passion makes us fearless." - Paulo Coelho

English, Spanish, and beyond from AlmaLuna

everything you ever wanted to know